A Steep Hill To Climb 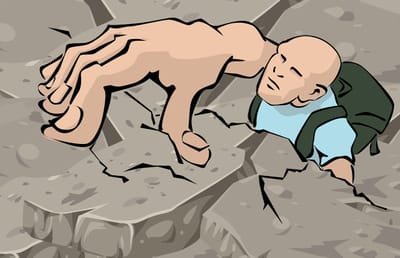 For ratepayers, successfully vetoing a rate hike is a major challenge. Here is what is needed, according to city officials. These requirements are craftily designed to keep you from meddling in these kinds of civic matters. The number of protests required is 50 percent-plus-one of all ratepayers in the city.

"Any record owner of a parcel upon which the Solid Waste Service Rates are proposed for imposition and any tenant directly liable for the payment of Solid Waste Service Rates (i.e., a customer of record) may submit a written protest to the proposed rate increases to the City’s solid waste service rates; provided, however, only one written protest will be counted per identified parcel.

"Any written protest must: (1) state that the identified property owner or tenant is in opposition to the proposed increases to the solid waste service rates; (2) provide the location of the identified parcel (by street address or assessor’s parcel number (APN); and (3) include the name and signature of the property owner or tenant submitting the protest.

"Written protests may be submitted by mail or in person to the City Clerk at 1000 Spring Street, Paso Robles, CA, 93446, or at the Public Hearing on May 19, 2020, provided they are received prior to the close of the Public Hearing, which will occur when the public testimony on the proposed increases and adjustments is concluded.

"Any protest submitted via e-mail or other electronic means will not be accepted. Please identify on the front of the envelope for any written protest, whether mailed or submitted in person to the City Clerk, Attn: Public Hearing on Solid Waste Rate Increases.

"If written protests against the proposed rate increases and adjustments to the solid waste service fees as outlined above are not presented by a majority of property owners of the identified parcels and tenants upon which the solid waste service fee are proposed to be imposed, the City Council will be authorized to impose the respective rate increases and adjustments."